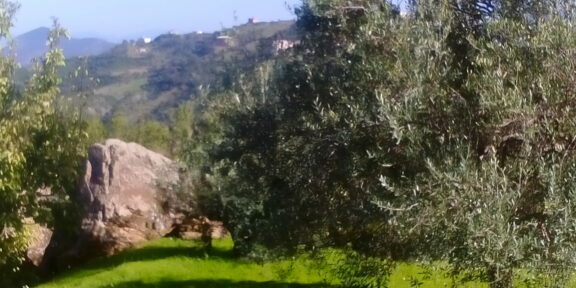 North Africa’s largest country is expected to produce just 30,000 tons of olive oil in the 2022/23 crop year, about one-third of the rolling five-year average.

Adverse weather conditions and devastating wildfires have resulted in low expectations for the olive harvest in Algeria.

Local observers told Olive Oil Times they expect production to reach no more than 30,000 tons in the 2022/23 crop year. The average olive oil yield in the last five years sits at 94,800 tons.

In Kabylia, we have experienced not only a reduction of olives on the trees but also a widespread drop of leaves. On top of that, it is an alternate bearing season.– Nagueb Ladjouzi, exporter

If confirmed, this year’s yield would represent a 70 percent drop compared with the previous season, which finished with 98,0000 tons and would be the lowest since 2009/10, International Olive Council data indicate.

The Algerian government and producers have focused on expanding production in the last decade, and in 2019/20, they achieved a record olive oil yield of 126,000 tons from approximately 500,000 hectares of olive groves.

It is estimated that 70 million olive trees are grown in the country, and in the next few years, the Algerian olive sector aims to plant 400,000 more hectares.

The significance of olive growing in the country prompted the Algerian government to have the National Institute of Agronomic Research select 15 olive oil producers from the main producing regions to participate at SIAL Paris, a food and beverage show.

However, these producers have faced plenty of adversity this year. In 2021, wildfires devastated Tizi Ouzou, a highly productive olive-growing province in the Kabylia region.

It is estimated that the blazes destroyed between 10,000 and 15,000 hectares near the Mediterranean coast, east of the capital, Algiers. In the most affected areas, growers are already replanting olive trees and grafting new cuttings on damaged trees that are in the condition to be restored.

“The climate has changed a lot, the drought tends to take place during the rainy seasons, such as autumn and winter, with a poor distribution of rainfall during the year,” Nagueb Ladjouzi, an exporter from Kabylia, told Olive Oil Times.

“It significantly affects the production of the olive tree, its flowering, fruit setting and fruit development,” he added.

According to Ladjouzi, this year’s production drop is due to extreme heat affecting the mostly-rainfed olive groves at a moment of altered precipitation patterns.

He said the sudden torrential rainfall and some rain in the autumn do not compensate for the warmer-than-average temperatures experienced for months and a drier-than-expected summer.

“Those conditions resulted in a loss of flowering in spring that affected the whole of Algeria,” Ladjouzi added. “And in Kabylia, we have experienced not only a reduction of olives on the trees but also a widespread drop of leaves. On top of that, it is an alternate bearing season.”

“Its genome has not changed since ancient times, its genetics remain the same,” Ladjouzi said. “It is often mistaken for the Chemlali variety grown in Tunisia, while it is actually much more similar to the Carolea cultivar grown in Calabria, in Italy.”

“Both the Chamlel and the Takesrit varieties develop aromas that are characterized more closely as black fruity if harvested at maturity,” he added. “You can develop green fruits by picking them early, but their aromas will be insignificant or even tasteless.”

Even though olive oil is an established ingredient in local cuisine and is commonly considered a remedy for several health conditions, olive oil quality has never been a priority among most consumers.

Still, high-quality producers, mostly located in the northern or central regions of the country, are increasingly participating in olive oil quality competitions, allowing them to reach international audiences.

Hakim Alileche, a miller and owner of Dahbia, emphasized how relevant the international market is for local producers.

“We began our plantation of olive trees in 2004 in the Benahar region and continued planting until 2014 when we reached our planned dimensions,” Alileche told Olive Oil Times. The producer now has 15,000 trees grown on 40 hectares.

The Alileche farm started producing olive oil five years ago, investing in a modern mill with equipment imported from Italy.

“This allows us to press our olives a few hours after the harvest, sometimes in just half an hour,” he said. “Cold extraction, without added water or heat, launches our products to a superior quality,” Alileche noted, adding that his oils have been awarded in both Japan and Dubai.

While most of the olive oil produced in the country is consumed internally, Alileche is among those who export most of his organic extra virgin olive oil.

“Right now, we have demand from customers that contact us from all over the world,” he said. “We have already been exporting to some European countries.”

Dahbia, a trademark that represents the name of both Alileche’s mother and wife, was built near the city of Djelfa, on the Ain Oussera plateau in north-central Algeria, where the farm has adequate access to water for irrigation.

Alileche’s groves represent about 18 percent of all irrigated Algerian olive groves, a significant advantage as climate change is expected to reduce the amount of rainfall in the future, World Bank data indicate.

Despite the challenges facing the sector, many towns in Kabylia celebrated the start of the harvest.

“They do the so-called sacrifice of olives, a ritual organized by the families committed to olive picking,” Ladjouzi said. “At the end of the harvest, an imensi uzemuur takes place, a community meal which celebrates the event with a convivial evening of songs and dance.”

“In Kabiylia, the olive tree is sacred,” he concluded.